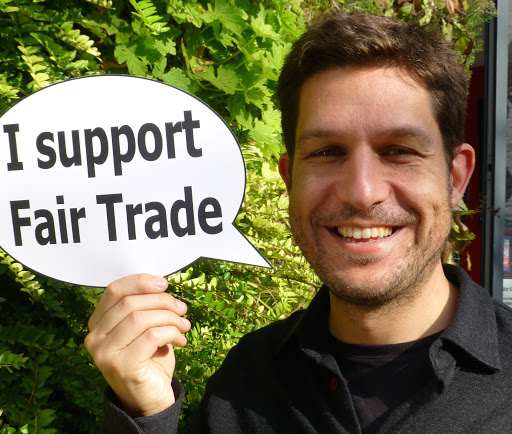 The Fair Trade Advocacy Office was set up in 2004 by the World Fair Trade Organization (IFAT), Fairtrade International (FLO), the European Fair Trade Association (EFTA) and the Network of European World Shops (NEWS!). The FTAO catalyses collaboration within the international Fair Trade movement on policy, advocacy and campaigning activity; facilitates knowledge co-creation and sharing on Fair Trade policies and practices; and leads advocacy work on European Union legislation, policies and their implementation.

Richard Adams, Chair of the FTAO Board of Directors, said:

¨The Fair Trade Advocacy Office has been exceptionally fortunate in having Sergi Corbalán as chief executive for the last 13 years. Thanks to his vision, energy and leadership, FTAO has grown exponentially in size, income sources, authority and impact.

In addition to successfully leading the Fair Trade movement advocacy work at EU level, Sergi has managed to spearhead international collaboration with governments around the world and key UN agencies. He has been a driving force in  the adoption and roll out of the International Fair Trade Charter. In cooperation with researchers and practitioners, the FTAO has also become a thought-leader and enabler of knowledge co-creation on strategic issues for the Fair Trade movement, such as Fair Trade public policies and local Fair Trade initiatives around the world.

The FTAO Board wishes Sergi all the best for the future, professionally and personally”.

The Chair of the FTAO Board is leading the process which will ensure a smooth transition in appointing a new head of the FTAO.