Blog on the 1st anniversary of the International Fair Trade Charter.

25th September 2019 marks the first anniversary of the International Fair Trade Charter, which more than 450 (and counting) organisations and networks around the world have officially supported since its launch on the 25th September 2018.

It is also the fourth anniversary of the adoption of the United Nations Sustainable Development Goals (SDGs) and Agenda 2030. On this occasion, world leaders are gathering in New York on the 24th and 25th September at a United Nations Summit to review progress on the achievements of these goals, which in theory should be all already achieved 11 years from now. This is, then, a timely occasion to reflect on the relationship between Fair Trade and sustainability agendas, in particular regarding the “sustainable consumption and production” agenda. 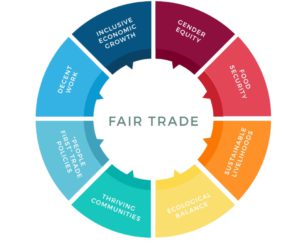 Fair Trade ticks many boxes in the achievements of the SDGs. The Fairtrade system is a ideal partner to achieve the SDGs, Fair Trade enterprises integrate sustainability in their business models. Fair Trade is also a great way for local authorities to localise the SDGs.

This is good, but it is not enough. After all, SDG 17 on partnerships actually supports liberalisation of trade as the way to achieve the SDGs, without any nuance, and SDG 12 on “sustainable (or responsible) consumption and production” frames the solution as an offer and demand issue. On the one hand, improving production practices (for example, farmers growing our food in a more sustainable way) and, at the other end of the supply chain, encouraging consumers and public procurers to choose sustainable or ethical consumption choices, if they can afford it. 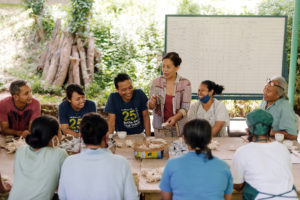 Focusing on the production and consumption end of the supply chain means that sustainable production and consumption agendas, depending on how they are interpreted, can actually be blind to everything that happens inbetween the producer and the consumer. This would mean ignoring the existing huge power imbalances of supply chains, which result in unfair trading practices and dirt-low prices paid to producers, which in turn have a negative impact on producers and the environment.

The “yellow vests” protests in France showed that the issue of consumption of polluting fuel cannot be effectively addressed unless systemic approaches are taken, not focusing only on promoting sustainable consumption choices, but also looking at the wider system to enable all consumers to make the sustainable choices affordable.

Likewise, cocoa supply chains – to name one example- will only be sustainable if they are also fair to farmers. How will we ensure otherwise that the sons and daughters of cocoa farmers in West Africa decide to remain in the farm, unless they have a prospect of living income and a decent livelihood for them and their families? Who will grow our cocoa otherwise? 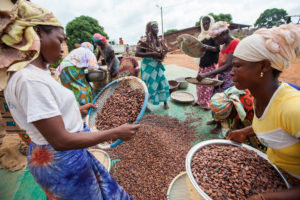 Here is the good news. There is nothing that prevents world governments and companies from looking at the root causes of unfair trade and taking action towards fair sustainable production and consumption agendas. An increasing number of companies are putting in place ambitious sustainability strategies, and the Fair Trade movement is working with some of them to change their trading practices and the prices they pay to their suppliers, so that a living income and living wages of producers in their supply chains become a reality. In parallel, an exciting proliferation of social enterprises is taking place, which have “sustainability” in their DNA and share benefits more equitably than business models based on maximising short term profit for shareholders.

Governments have also a key role to play and many of them are already taking action towards a fair sustainability agenda. In July 2019, the government of Ghana and Ivory Coast announced a mandatory “living income differential” of 400 USD a tonne on all cocoa sales for the 2020-2021 season. The government of Ecuador adopted a Fair Trade Public Policy Agenda and Action Plan in 2012, the EU trade strategy “Trade for All” has included a section on the promotion of “fair and ethical trade” practices since 2015. Last but not least, over 2000 local authorities have joined the International Fair Trade Towns campaign. These are all inspiring examples that should be upscaled and replicated.

The climate crisis that we are facing won’t be solved with “business as usual”. The root causes of unsustainable production and consumption patterns must be addressed to ensure that all humans have a sustainable livelihood, no matter where they live. 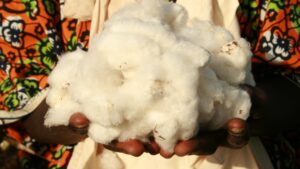