You are here » Home » News » EU Deforestation proposal released: A landmark legislation for EU supply chains, but will it deliver on the ground?

EU Deforestation proposal released: A landmark legislation for EU supply chains, but will it deliver on the ground? 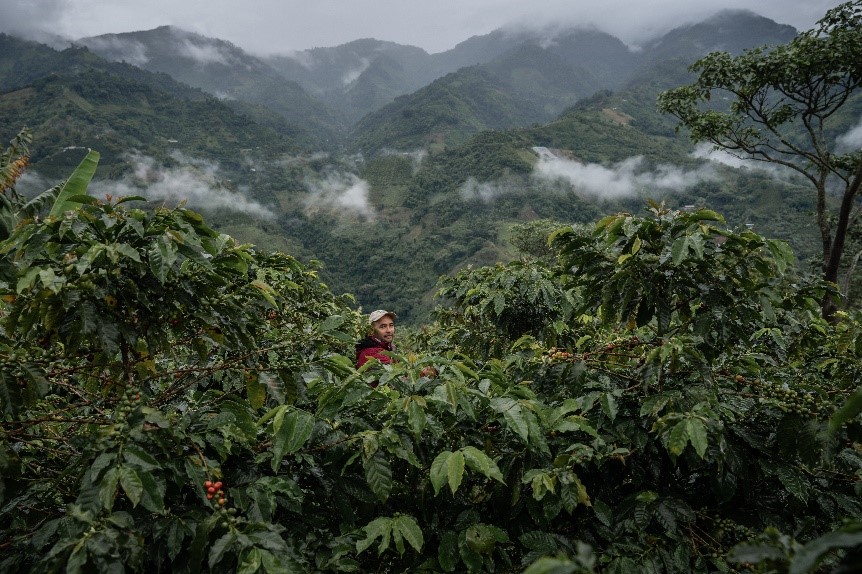 Virginijus Sinkevičius, EU Commissioner for the Environment and Frans Timmermans, Vice President of the European Commission, have unveiled the long-awaited EU Regulation proposal to minimize the risk of deforestation and forest degradation associated with commodities and products placed on the EU market. The Fair Trade movement welcomes the proposal as a major milestone to clean up EU supply chains from deforestation but sees room for improvement to achieve the holistic approach needed to effectively reduce deforestation on the ground, hand in hand with producer countries and smallholders.

This week, the European Commission has presented its EU regulatory proposal to tackle imported deforestation. The proposal models how the EU intends to minimise consumption of products coming from supply chains associated with deforestation and ultimately increase EU demand for and trade in legal and deforestation-free commodities and products.

Based on three main components, namely market prohibition, due diligence obligations and a benchmarking system, the designated agricultural commodities (soy, beef, palm oil, wood, cocoa, and coffee), as well as some of their derived products (e.g., chocolate, leather, and furniture) will have to comply with the EU Deforestation free criteria while being also produced in accordance with the laws of the country of production.

Smallholders play a key role in globally traded agricultural products, especially in sectors like Cocoa where they often form the backbone of the economy in producer countries. Ensuring a smallholder inclusive proposal is thus of greater priority.

We welcome therefore the recognition that smallholders may face specific adaptation challenges. The late cut-off date is considered in the proposal as the main measure to mitigate the negative impact on smallholders, but this does not constitute a silver bullet. It also foresees an assessment of the impact of the Regulation on farmers and the possible need for additional support for the transition to sustainable supply chains at a later stage which is a step in the right direction. We strongly encourage the EU to think ahead of it and already plan concrete measures to support smallholders to comply with new EU requirements and ensure a fair share of the costs of adjustment among all supply chain actors.

This will help prevent a situation in which EU supply chains might become free of deforestation while smallholders are driven to produce in an unsustainable way, selling their products to less regarding consumer markets while stepping further away from a decent standard of living. Closer attention should be given to smallholders trapped in contexts (e.g., poor land and forest governance, lack of access to income, land, information, finance) that force them to degrade the environment. Reducing possibilities to generate sustainable living through restricted EU market access could accelerate the negative cycle of structural poverty and exacerbate levels of forest degradation.

“If serious about achieving the overall objectives of the EU Green Deal as well as the SDGs, the EU should aim at ensuring that any new EU policy that primarily focuses on the environment does not neglect social sustainability. Both are two sides of the same coin and should be considered on equal footing to guarantee EU rules that are fit for purpose”, stated Sergi Corbalán, Executive Director of the Fair Trade Advocacy Office.

In that sense, we welcome the EU’s willingness to step up engagement with partner countries to develop partnerships and cooperation, allowing full stakeholders participation and aiming to strengthen the rights of forest-dependent communities including smallholders. This inclusive approach will be key to create an enabling environment, and further promote the transition to sustainable and deforestation-free production of commodities. The explicit reference to potential Agreements that would address deforestation or forest degradation and facilitate compliance sends a positive signal, we encourage the EU to prioritize and build upon existing dialogues with producer countries such as those currently taking place in the cocoa sector.

Ultimately, a successful transition will require making the business case for sustainability and create new economic perspectives for smallholders where trees are worth more standing than cleared. To this end, the EU should aim at using its trade leverage and partnership potential to a greater extent and set up positive incentives that can reward those producers that are restoring and protecting the forests.

The proposal remains however too timid on certain aspects to face up the challenge in all its dimension and ensure a real paradigm shift on the ground. Deforestation being both a conservation and a human right issue, we can only regret on the one side the restricted scope of the Regulation in terms of covered commodities and ecosystems and on the other side the absence of any reference to international standards of human rights. Efforts to ensure compliance and effective enforcement of the Regulation, including provisions on liability, are furthermore necessary.

Moreover, the new benchmarking system under which countries will be assigned a high, medium or low-risk status only captures country-level risks and misses to account for landscape specificities within the same country, facing different levels of deforestation, forest degradation and associated human rights risks.

Applying simplified due diligence to companies sourcing from “low-risk” countries entails a worrying degree of uncertainty as regards potential counterproductive impacts on the ground, both for people and the planet. This might indeed prompt a cut-and-run wave from companies sourcing from “high-risk” countries, driving producers in greater poverty while increasing the environmental pressure on the forests of neighbour countries. A further assessment would be needed.

We look to the EU to drive a sustainable and inclusive transformation hand in hand with all actors involved in its supply chains. As major importer and consumer of Forest Risk Commodities, the EU can play a determinant role to curb deforestation and forest degradation in producer countries, provided that the EU legislation builds on the reality of the ground and is part of a long-term engagement with smallholders and producer countries. It is only by raising the bar as much as the floor that the EU will help effectively reverse current trends.