Fairtrade urgently calls for the EU and Kenyan government to find a solution which guarantees continued duty-free access for Kenyan cut flower imports, to protect the livelihoods of thousands of Kenyan flower workers and their families, before 1 October deadline. END_OF_DOCUMENT_TOKEN_TO_BE_REPLACED 18 November 2014 (Brussels) – Have you ever wondered how come those local apples in season remain more expensive than bananas all year long? Why do poor farmers get poorer just as the international price of their products rise non-stop? Why is environmental damage increasing even as large companies prove they are implementing sustainability programmes? With city dwellers increasing and rural population dwindling, who will produce the food the hungry urbanites will demand?

The new study opens the door to the answers. “Who’s got the power? Tackling imbalances in agricultural supply chains”, released today in Brussels by the Fair Trade movement[1] reveals how the growing integration –and concentration of power- in the supply chain of agricultural products is having a serious effect not only on producers far away from the supermarket shelves, but all along the supply chain, the environment and onto the choices available to consumers. Unfair trading practices (UTPs)[2] appear, and they are not accidental but structural. END_OF_DOCUMENT_TOKEN_TO_BE_REPLACED

‘Who’s got the power?’ Report launch in the European Parliament 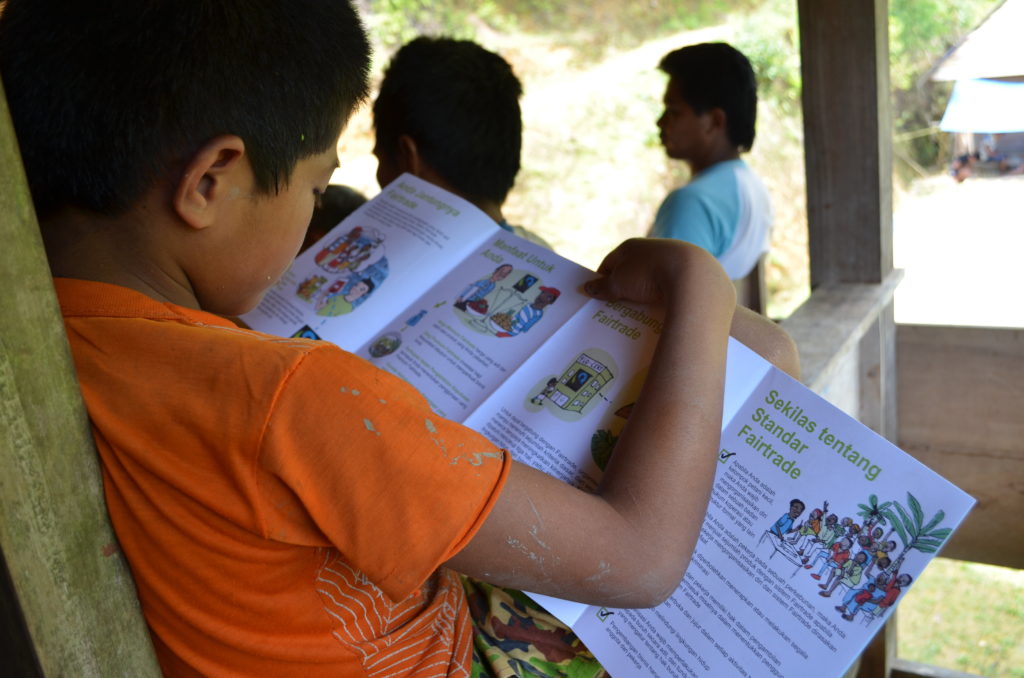 18 November 2014 (Brussels) – At the event “Solutions to tackle imbalances of power in agricultural supply chains”, hosted by MEP Catherine Stihler, in the European Parliament the Fair Trade movement officially launched its report “Who’s got the power? Tackling imbalances in agricultural supply chains”. Eminent speakers underlined the importance of the issue and discussed the suggestions made in the report.

The Fair Trade movement hands over the new report “Who’s got the power? Tackling imbalances in agricultural supply chains” (available here: abstract and full version) before the debate to EU representatives. END_OF_DOCUMENT_TOKEN_TO_BE_REPLACED

Linda McAvan, Chair of the European Parliament’s Committee on Development and of the Fair Trade Working Group, welcomed the 50 Members of the European Parliament (MEPs) from all major political groups, officials from Permanent Representations of European Union Member States, as well as Fair Trade movement actors and network representatives. Linda McAvan went on to introduce the new Vice Chairs of this cross-party group of MEPs working together for EU policies in support of Fair Trade: Sirpa Pietikäinen, Judith Sargentini, Charles Goerens and Helmut Scholz. She highlighted the work that the Fair Trade Working Group had done in the last legislature and the challenges that now lay ahead for Fair Trade in the European Parliament. END_OF_DOCUMENT_TOKEN_TO_BE_REPLACED

15 July 2014 (Brussels) – The European Commission has missed the chance today to push for a level playing-field and robust enforcement mechanism on Unfair Trading Practices. Instead, it calls on industry and EU Member States to take action and delays its decision to end 2015. The Fair Trade movement regrets the negative impact this non-decision will have on workers and farmers supplying the EU market.

The European Commission issued today a Communication Tackling unfair trading practices in the business-to-business food supply chain1 as a follow-up to the Green Paper on Unfair Trading Practices of 31 January 20132. In this policy document, the European Commission has decided, for the moment, neither to legislate nor to put in place a robust enforcement mechanism against Unfair Trading Practices. END_OF_DOCUMENT_TOKEN_TO_BE_REPLACED

15 July 2014 (Brussels) – The European Parliament has elected today Jean-Claude Juncker as new President of the European Commission. Mr Juncker, a self-declared Fair Trade-enthusiast, is the first Commission President to have endorsed a Fair Trade Manifesto ahead of his appointment. The Fair Trade movement calls on Mr Juncker to add ensure the new College of Commissioners puts in place an enabling policy environment for Fair Trade across EU policies. Today, Tuesday (15 July), the 47th European Citizens’ Initiative (ECI) has brought forward its motion for registration at the European Commission. The initiative “STOP TTIP” asks the EU Commission to recommend to the EU Council of Ministers to repeal the negotiating mandate for the Trade Investor Partnership (TTIP) and not to conclude the Comprehensive Economic and Trade Agreement (CETA) either. Behind the initiative are standing nearly 148 organisations from 18 EU member states. In Germany, the organisations Attac, Campact, Friends of the Earth Germany (BUND), More Democracy (Mehr Demokratie e.V.), Environment Institute Munich and the Nature and Biodiversity Conservation Unit (NABU) coordinate the preparations. Amongst many others, Transparency International Germany, Greenpeace Luxembourg, 38 degrees (UK), War on Want (UK), Unison (UK), and Tierra (Friends of the Earth Spain) belong to the European coalition, which is growing constantly. END_OF_DOCUMENT_TOKEN_TO_BE_REPLACED

EU-US trade talks: People have the right to know what’s at stake

Brussels/Washington, May 19, 2014 – Over 250 civil society organisations and networks have today called on the European Commission to open up the EU-US trade negotiations for public scrutiny. The fifth round of negotiations on a Transatlantic Trade and Investment Partnership (TTIP) begins today in Washington amid growing frustration at the secrecy of the process.

In a letter to European Trade Commissioner Karel De Gucht, the organisations ask for the publication of the negotiating mandate, all documents submitted by the European Union during the negotiations, and the negotiating texts themselves [1]. Citizens have the right to know what is being put on the table, and how this is being negotiated, say the groups.
END_OF_DOCUMENT_TOKEN_TO_BE_REPLACED

Your clothes already tell a story about who you are. Now they can tell a better one.

The global fashion industry is coming together to highlight the challenges of the fashion supply chain, from exploitation to pollution, with the inaugural Fashion Revolution Day on the 24th April 2014, when a series of global events and initiatives will highlight the fashion industry’s most pressing issues and engage local communities to demand greater transparency throughout.

On April 24th last year, 1133 people were killed when the Rana Plaza factory complex collapsed in Dhaka, Bangladesh. Many more were injured. END_OF_DOCUMENT_TOKEN_TO_BE_REPLACED 24 April 2014 (Brussels) – Another leading candidate for the Presidency of the European Commission has endorsed the Fair Trade manifesto. Meeting with the FTAO team, Jean-Claude Juncker, candidate for the European People’s Party, stated his support for the Vote for Fair Trade Manifesto, thereby joining Ska Keller and Martin Schulz, who had done so earlier this month.

END_OF_DOCUMENT_TOKEN_TO_BE_REPLACED

Today, a European alliance of over 50 civil society organisations [1] will launch the Alternative Trade Mandate pledge campaign [2], calling on European Parliament election candidates to make EU trade and investment policy serve people and the planet, not just the profit of a few large corporations. END_OF_DOCUMENT_TOKEN_TO_BE_REPLACED

The new EU public procurement Directive was voted today by a large majority of Members of the European Parliament, after a political agreement reached with the Council of Ministers. The vote puts an end to the revision procedure initiated three years ago by the European Commission. Public authorities across Europe will be able henceforth to make a deliberate choice for Fair Trade products, besides taking into account other sustainability considerations. The new law confirms the direction set by the Court of Justice of the European Union in the “North Holland” case ruling (Commission vs Netherlands C‑368/10), which for the first time clarified that public contracts can award additional points to products “of fair trade origin”. The possibility to consider social aspects alongside environmental ones is a step forward from the existing rules. Furthermore, the new Directive explicitly allows referring to robust certification schemes as a proof of compliance with the sustainability requirements set out in call for tenders. END_OF_DOCUMENT_TOKEN_TO_BE_REPLACED

Bremen, 28 March 2014 – The city of Paris and the French Post office, the municipality of Traun in Austria and the London School of Economics in the United Kingdom were recognised for their excellence in Fair Trade cotton procurement yesterday evening at the European Fair Trade Cotton Procurement Awards ceremony that took place in Bremen, Germany. END_OF_DOCUMENT_TOKEN_TO_BE_REPLACED