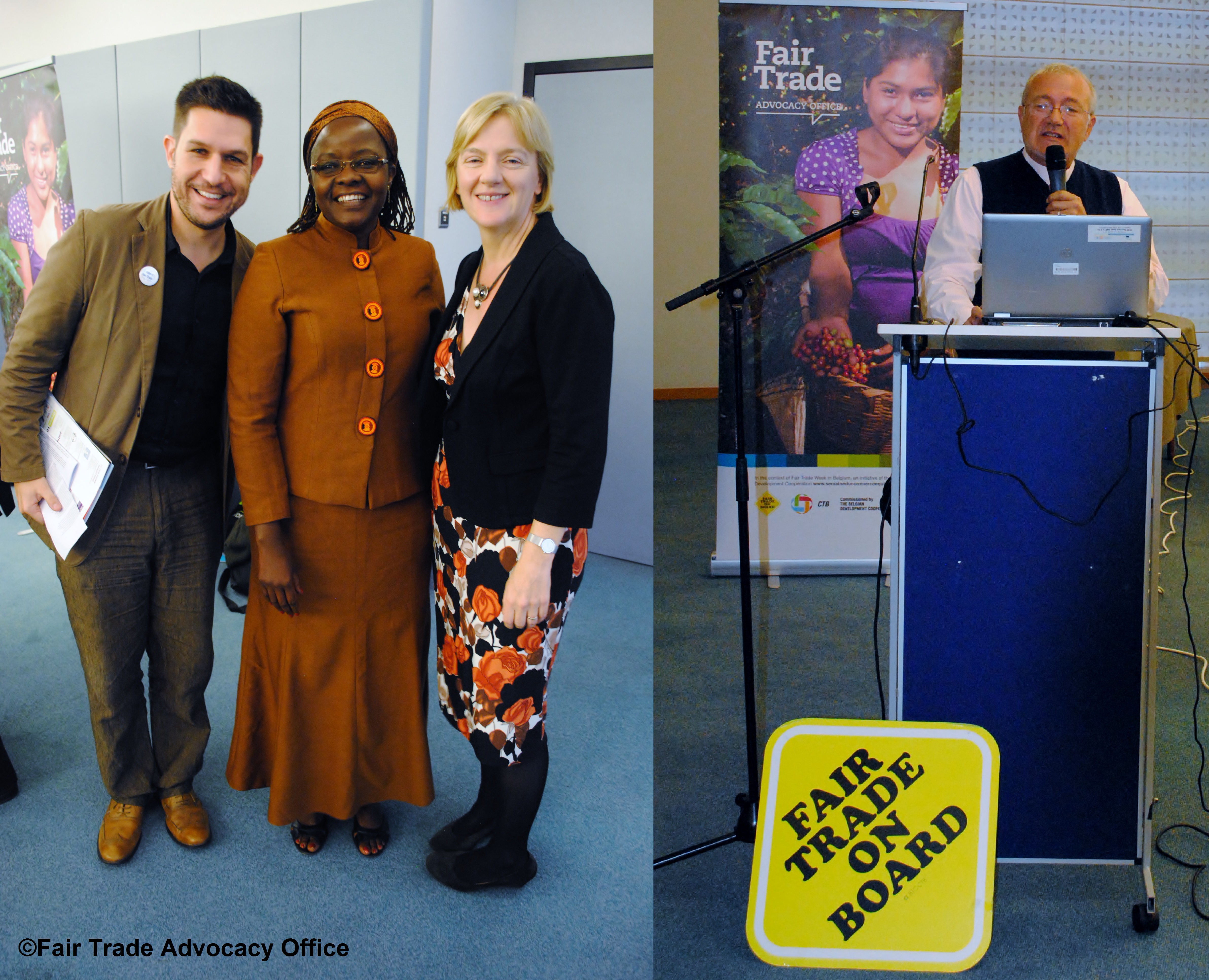 Amongst the speakers addressing the crowd was Bernd Lange, the Chair of the Committee on International Trade in the European Parliament, who spoke about the importance of fairness in international trade. In her keynote speech Nyagoy Nyong’o, Executive Director of Fairtrade Africa presented the work of her organisation for Fairtrade certified producers in Africa. Giorgio Dal Fiume, President of the World Fair Trade Organization–Europe presented in his speech what Fair Trade Organisations in Europe are doing to raise awareness and support small producers in the South. 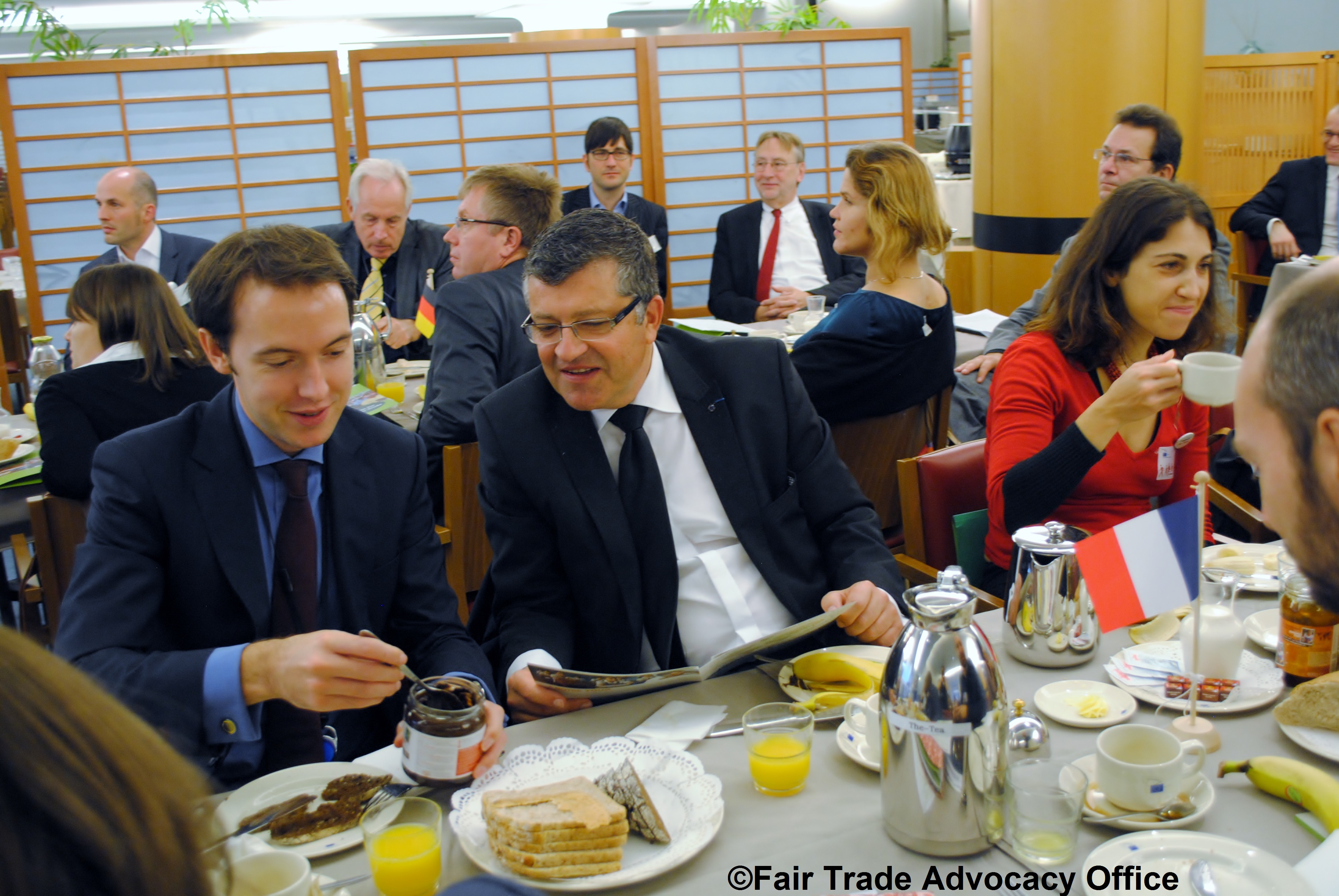 While listening to the speeches MEPs and Fair Trade actors enjoyed breakfast with Fair Trade ingredients. For picture with higher resolution click here.

The event took place during Fair Trade week in Belgium – an initiative of the Belgium Development Cooperation – and the Vote for Fair Trade campaign which is funded by the European Commission and includes Fair Trade organisations from around Europe to advocate together for Fair Trade.
“It is time for the EU to give prominence to this topic by putting forward a European Strategy for Fair Trade which will contribute to giving much needed coherence to EU policies in trade and development, especially taking opportunity of the upcoming European Year for Development in 2015.” concluded Sergi Corbalán, Executive Director of the Fair Trade Advocacy Office.
A pdf version of this press release can be found here.
A video about this event can be found here:

ENDS
The Fair Trade Advocacy Office (FTAO) speaks out on behalf of the Fair Trade movement for Fair Trade and Trade Justice with the aim to improve the livelihoods of marginalised producers and workers in the South. The FTAO is a joint initiative of Fairtrade International, the European Fair Trade Association and the World Fair Trade Organization-Europe. Through these three networks the FTAO represents an estimate of 2.5 million Fair Trade producers and workers from 70 countries, 24 labelling initiatives, over 500 specialised Fair Trade importers, 4,000 World Shops and more than 100,000 volunteers.Contact:
Peter Möhringer | moehringer@fairtrade-advocacy.org | Tel: +32 (0)2 54 31 92 3Fair Trade Advocacy Office | Village Partenaire – bureau 1 | 15 rue Fernand Bernierstraat | 1060 Brussels – Belgium www.fairtrade-advocacy.org