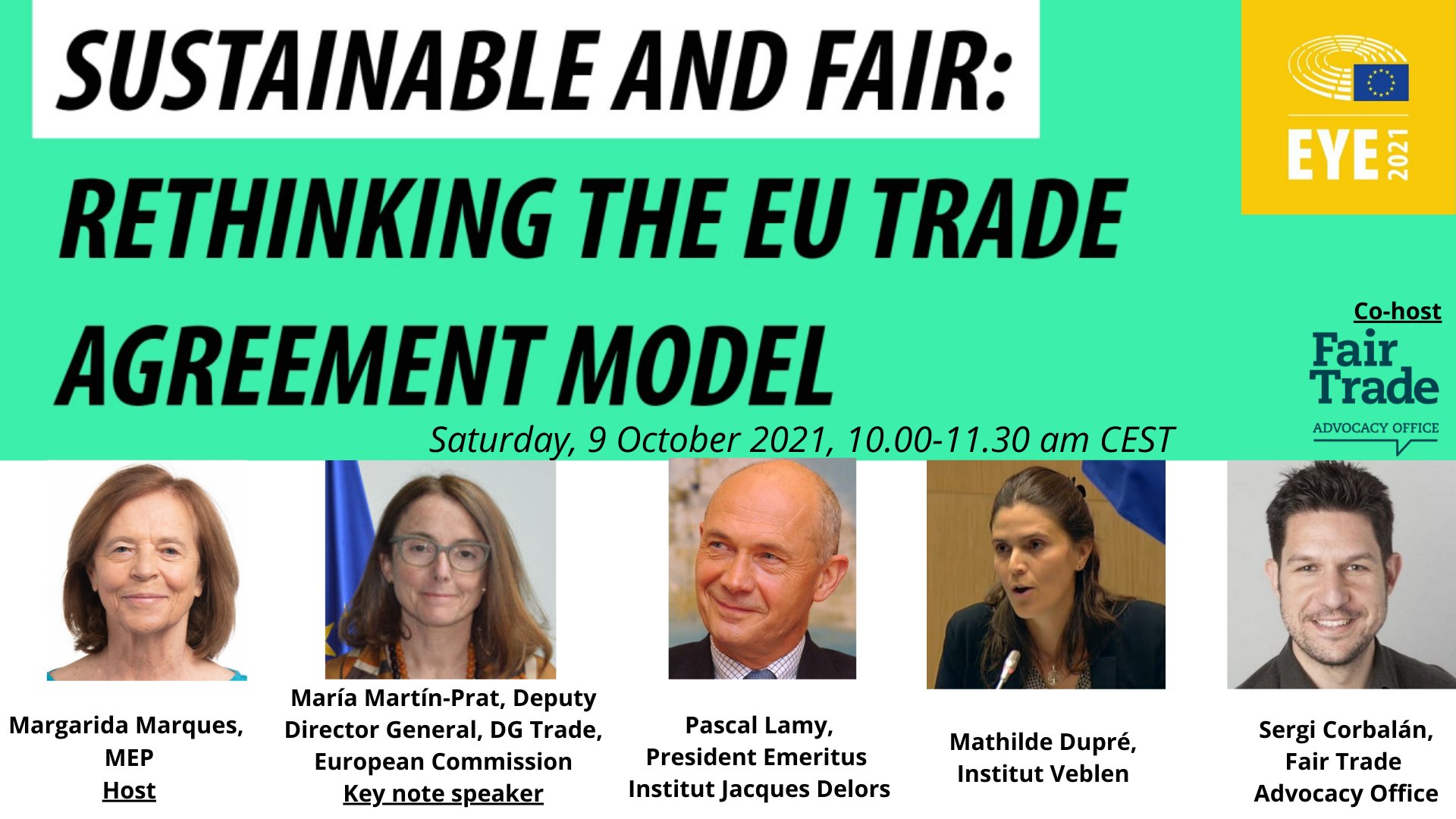 On 9 October 2021, the FTAO co-hosted a discussion as part of the European Youth Event 2021 on how to rethink the EU trade agreement model to make it fair and sustainable. The world’s most vulnerable populations are most likely to suffer the consequences of the climate crisis. It is imperative for the EU to address this issue by considering the social and environmental dimensions of its trade policy.

MEP Margarida Marques was our host, and we had the privilege to hear from her and from other top-level experts and policymakers. Young people from across Europe, including the Young Fair Trade Advocates, had the chance to follow the discussion and ask questions to the panellists.

The panel was composed of: